Online seminar on R&I funding for Microservices in Horizon Europe

On December 15th, 2020, from 10:00–11:30 the Microservices Community will host a seminar where Microservices Community Members and non-members will get insight into the opportunities of obtaining EU funding via the upcoming framework programme Horizon Europe. The funding supports research and innovation activities for companies, universities and organisations interested in developing joint European projects.

The seminar is free of charge. Please sign up by sending an e-mail to Christian Walther Bruun no later than December 10th, 2020, 12:00.

Why should you participate?

Participants will gain insight into the in and outs of Horizon Europe, learning about how to find and read a call, how to build a consortium and meet like-minded people from around Europe.

What is Horizon Europe?

Eurostars is a member state-supported EU programme aimed at promoting innovation in SME’s in Europe by funding collaboration projects for these also including university and large industry partners.

Christian Walther Bruun, Director Grøn/Bruun, Member of the Board of the Microservices Community
Christian has worked in the Danish Agency for Science and Higher Education, European Commission and South Denmark European Office. At these jobs he was lead or directly involved in the Horizon 2020 Interim Evaluation, FP7 Ex-Post Evaluation, Big Science Business Forum 2018, Horizon 2020 proposals, public affairs, organisational analysis of R&I as well as extensive work with communication and dissemination of research and innovation. LinkedIn 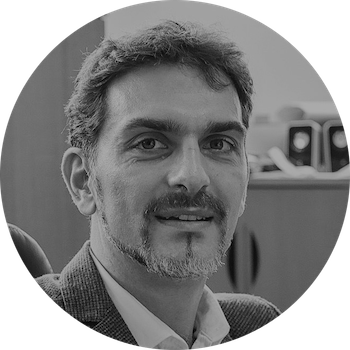 Nicola Raule (CRIT srl), Head of R&D Funding
Nicola Raule Is Head of R&D funding at CRIT. He has been in the field of industrial innovation for the last 5 years, coming from a variety of experiences that include 10 years of project management in different areas and a PhD in Biochemistry.
CRIT is a consulting company based in the north of Italy, offering support to industries in their innovation processes. It has a large network of companies ranging from small to large enterprises in various sectors. To this network, in collaboration with many other partners all over Europe, CRIT offers the opportunity to access national and EU funding in multiple topics, supporting the whole process from the consortium aggregation and project writing all the way to leading, managing, disseminating and exploiting the results.

Professor Fabrizio Montesi (University of Southern Denmark, Department of Mathematics and Computer Science), Head of the Microservices Community Council.
Fabrizio Montesi is Professor (Full Professor) of Computer Science at the University of Southern Denmark, Department of Mathematics and Computer Science, where he currently serves as Head of Section for the section of Concurrency and Logic. Fabrizio also serves as President of the Microservices Community, and as maintainer of Jolie, an open-source programming language for microservices. Previously, he was Co-CEO of italianaSoftware, where he now serves as a Founding Director.
He received his M.Sc. Degree in Computer Science from the University of Bologna in 2010, and his Ph.D. Degree in Computer Science from the IT University of Copenhagen in 2013.
Fabrizio is a Villum Young Investigator (2020) and recipient of the SDU Innovation Prize (2017), the EAPLS (European Association for Programming Languages and systems) Best PhD Dissertation Award (2014), and an award for Best M.Sc. thesis on ICT by the General Confederation of Italian Industry (2011).
Fabrizio's main interest is the science of programming. His research focuses on theory and implementation of programming languages, concurrency, cloud and edge computing, microservices, process calculi, logic, and cybersecurity.